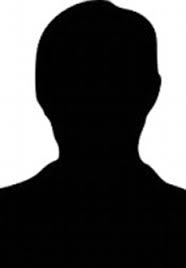 I always look for ways to get around the rules…everyone else does it, so why not me?

A while ago I found a great site that has all sorts of fake doctor’s notes, and I’ve used them a number of times when I’ve needed to skip work for a day or two. But one day I was at the airport and saw someone walk up to the counter and give the person there a letter…the person put his ticket in a blue envelope and he went over to wait in the “disabled boarding” area. So I asked the man what was on the note, and he said it was from his doctor saying he had an artificial hip and needed to board early. Click here for more info.

My brain started turning…so when I got home I looked at the fake doctors letters that I had on my computer. There were all kinds of them, so I picked out a couple I had never used before. One was from a pulmonology doctor, and I filled it out saying that I had trouble breathing because of chronic bronchitis. Another was a form showing I had just been released from the emergency room after a car accident…and it had a place where I could put that because of damage to my ribs I had to walk very slow and careful and always have pillows around me when I sat down.

The next time I had to fly across the country I filled in the right dates on my fake doctors excuses and showed them at the counter. At first they weren’t sure they were going to let me fly at all because of the fake ER form, but I showed them how I could “walk around OK’ but just very slowly. A supervisor had to approve everything but they said it was alright to fly, they gave me one of those blue envelopes…and then the supervisor said that the flight wasn’t full, so they were going to upgrade me to FIRST CLASS where I would be more comfortable and the stewardesses could take care of me better. How about that?